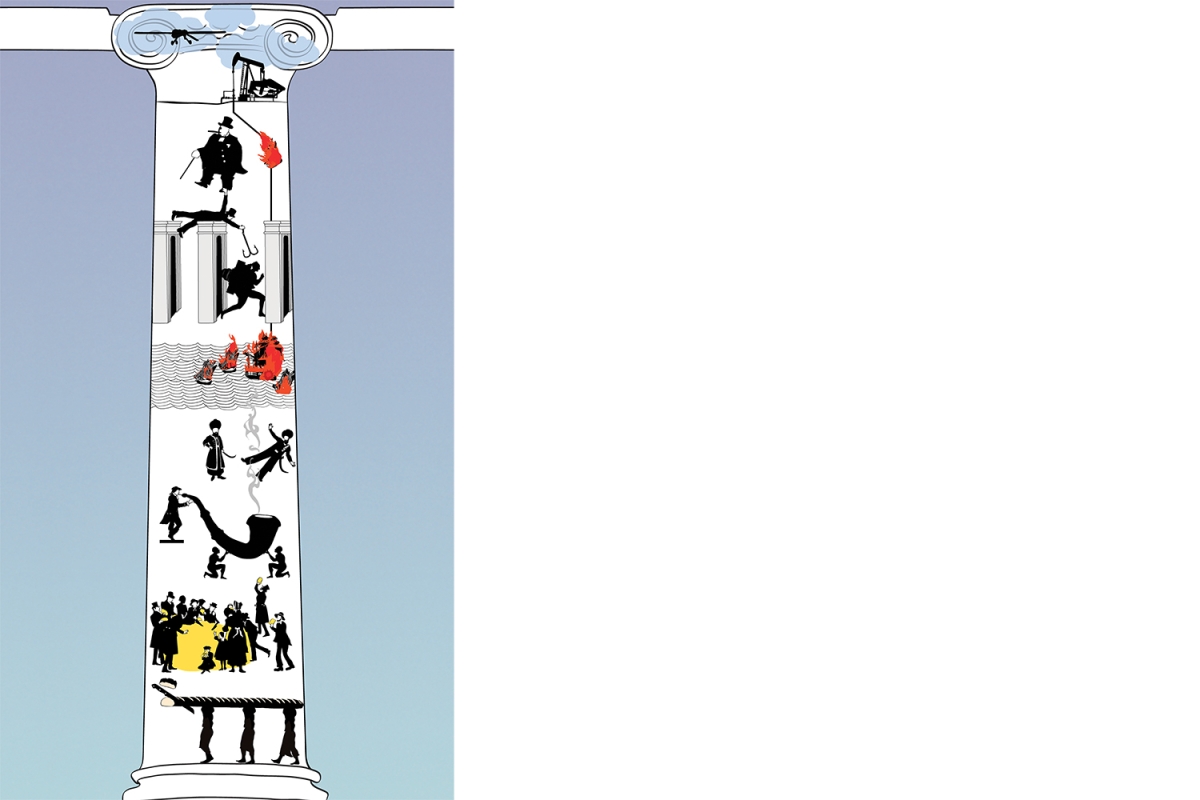 A companion piece to Too Big To Fail, A Riotous Party is a series of animations based on accounts of an event four years after the cheese was presented to Thomas Jefferson - a party in the Senate Building where the last of the cheese was served. The party was as a show of support for the first Barbary War (the first US incursion in the Middle East). Later in the day, the party became a riot of District residents protesting the proposed removal of the federal government from Washington during which Senators were burned in effigy inside the building. Here, one of two still images that opened the exhibition.